The FESTIVAL OF LIGHTS illuminates the European Capital of Culture 2019

Plovdiv, the second largest city in Bulgaria – also known as “The City of the Seven Hills” – was voted European Capital of Culture 2019 next to Matera in Italy. This is an honour that the European Union has awarded to one city per year since 1985 and to at least two cities per year since 2004. With the help of appropriate funding, the aim is to highlight the cultural and historical aspects of a city or region and make them more accessible to visitors. The title of “Capital of Culture” is awarded for a year in which a large number of cultural events take place and many international guests are received.

You can find more information about the Cultural Programme 2019 on the Plovdiv2019 website.

As part of the varied cultural programme, the FESTIVAL OF LIGHTS was held in Plovdiv from May 9th to 10th, just in time for Europe Day.

The buildings built at the end of the 19th and beginning of the 20th century in the historical centre of Plovdiv shone in a very special splendour on two evenings and gave the well-known facades a completely new look. With the help of a spectacular 3D video mapping and seven light installations, visitors to Plovdiv wandered through a glowing gallery under a starry sky. 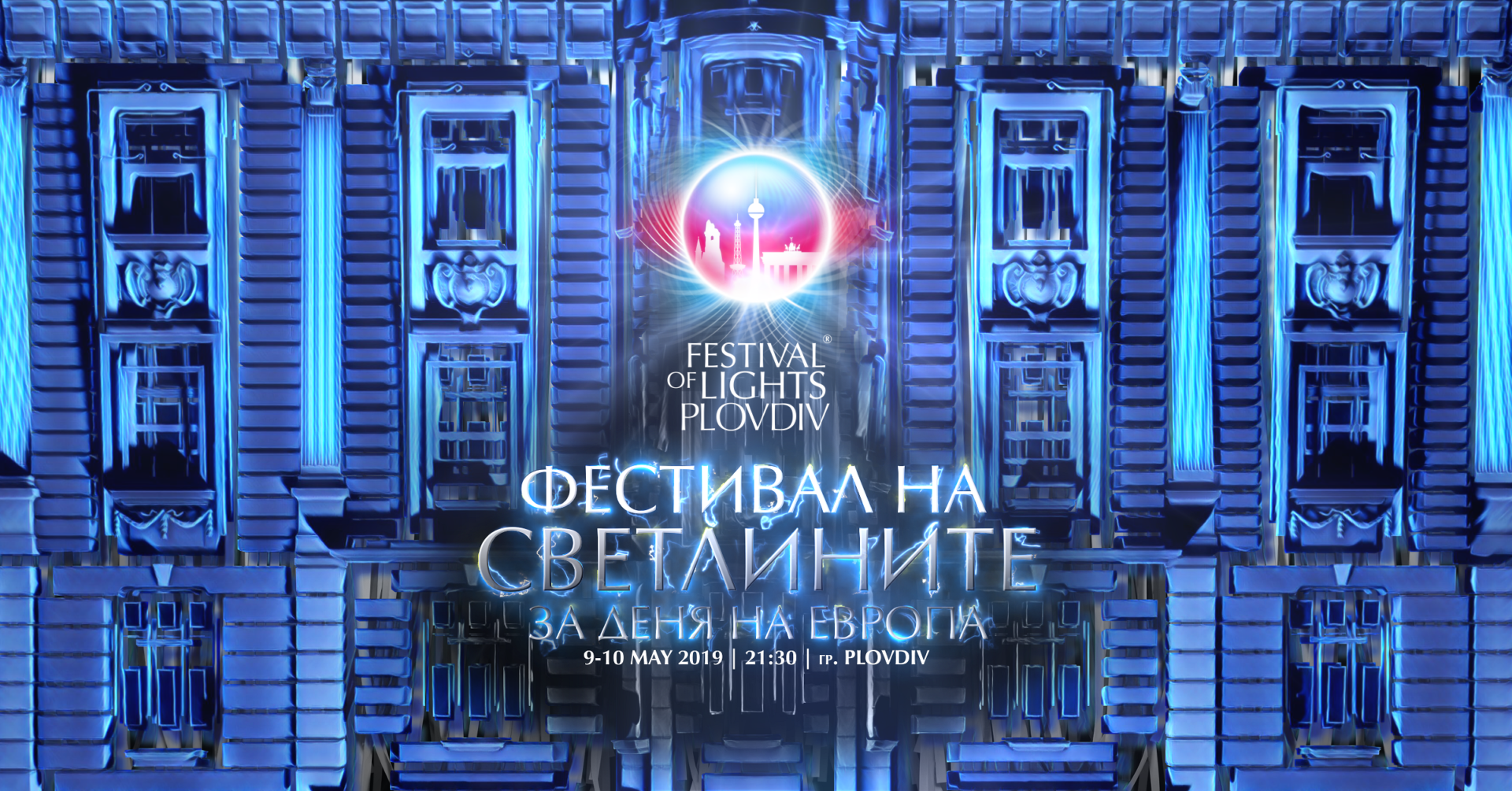 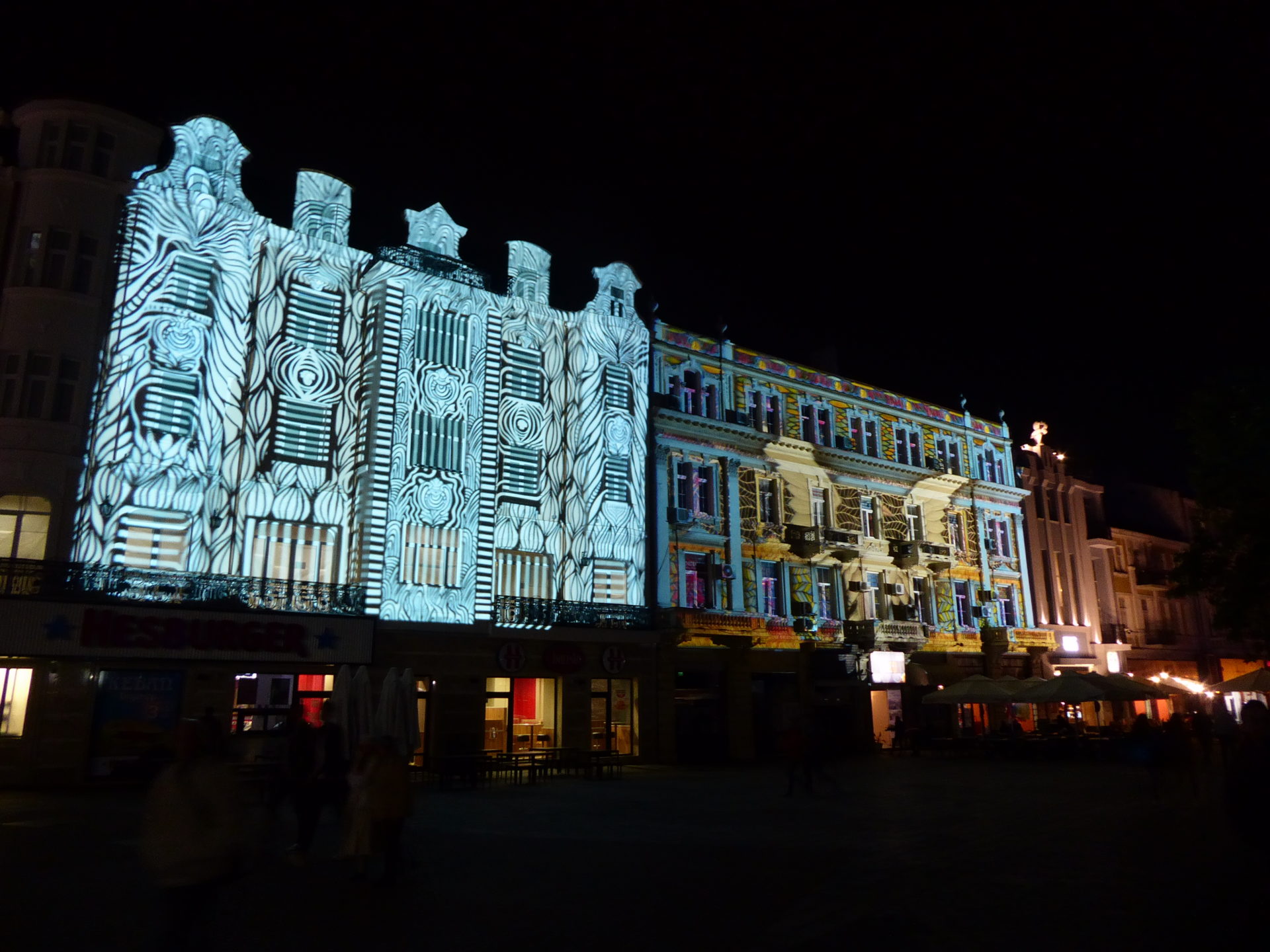 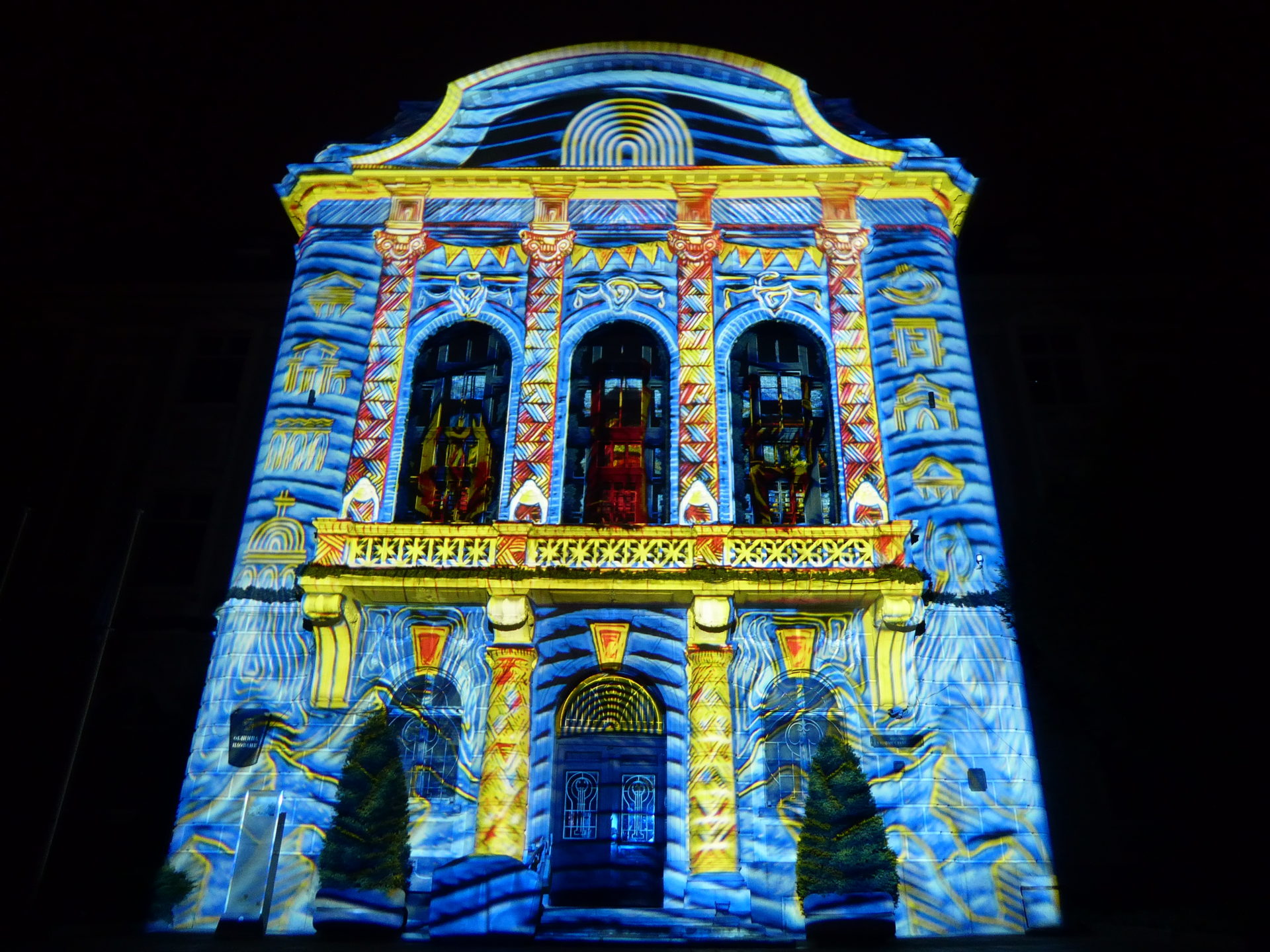 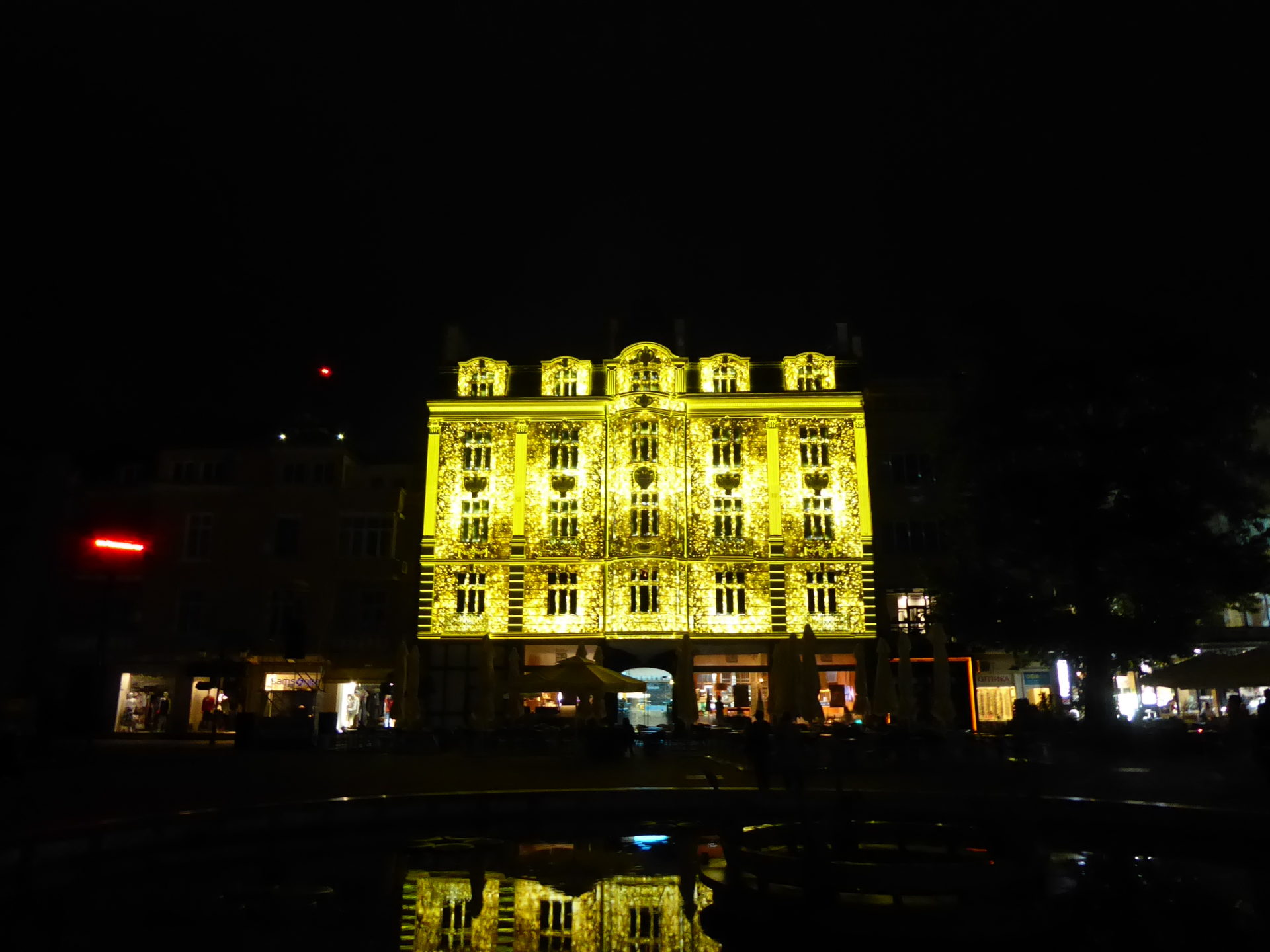 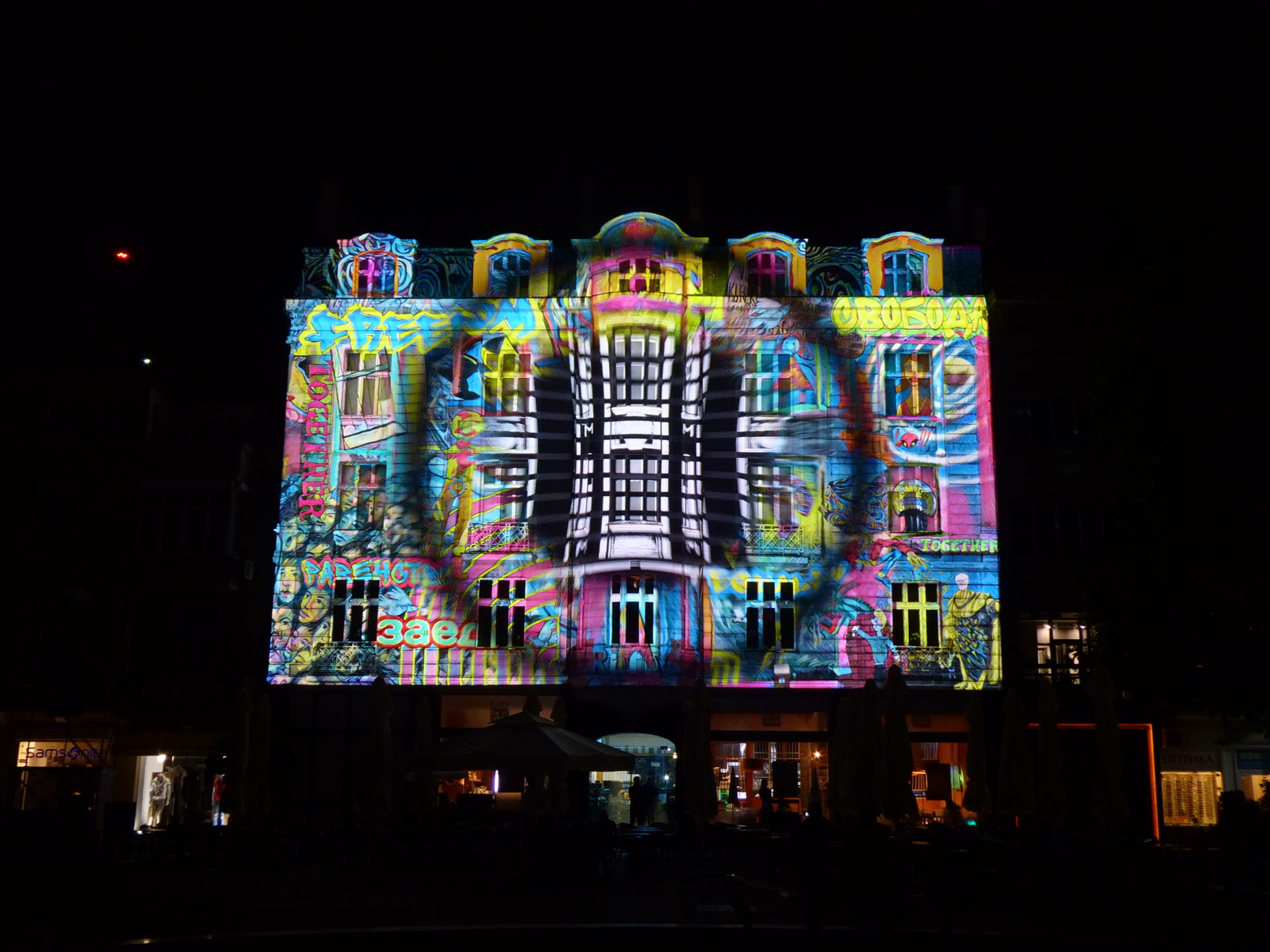 The Europe Day in Bulgaria was supported for the third time by the Bulgaria-based MP-STUDIO. The unique team of creative visionaries developed the largest 3D mapping show in Bulgaria, which was presented for the first time in Plovdiv as part of the Capital of Culture programme. The shows of the last two years before found their screens at the National Gallery and the Council of Ministers in the capital Sofia.

The award-winning MP-STUDIO has been creating 3D video mappings for the Berlin FESTIVAL OF LIGHTS for many years, which could be seen on the TV tower, the German Historical Museum, St. Mary’s Church and the Brandenburg Gate.

Here you have the opportunity to admire the entire 3D video mapping show from Plovdiv:

Here is the link to the current showreel of the MP-Studio!